We’ve arrived at the last stop of my 2018 roundup. Now that we’ve already covered games, music, and movies, there is only one last entertainment medium to touch on: T.V.

While reflecting on my favorite shows from last year, it was encouraging to realize that the series I enjoyed most were newer. All were either in their first or second season, which goes to show that as television continues to grow in popularity, a greater variety of quality content is being created.

Personally speaking, my tastes were all over the place last year. One month I was giggling at a parody about poop, and the next I was getting creeped out by spooky ghosts. I found immense enjoyment in one of the darkest comedies I’ve ever seen and reveled in the nostalgia of show based off a favorite book series from my childhood. All in all, it was a decent year for the medium.

After a hilarious and captivating first season, American Vandal returns with a surprisingly solid follow up that does just as great of a job evoking laughs and keeping you engaged in its engrossing mystery. This time around, we find the teenage documentarians on the trail of “The Turd Burglar,” a vandal responsible for a series of poop-related pranks, the most heinous being “The Brown Out” (a jape that gave the entire school diarrhea). Don’t be fooled by the silly, juvenile subject matter though; this season is more clever and serious than the first. It smartly comments on the difference between real life and the way we portray ourselves on social media, and as a result, the characters are deeper and more multidimensional. Netflix recently announced it won’t renew the series for a third season, so hopefully another provider will pick it up so we can see what absurd shenanigans come next. 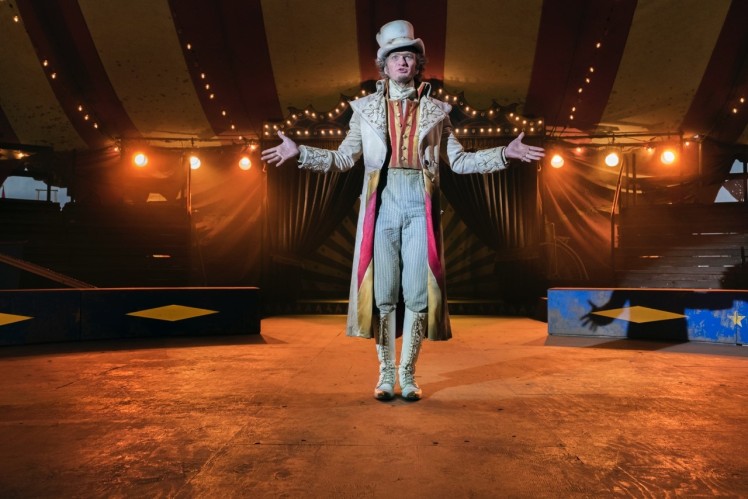 Maybe it’s just nostalgia speaking, but I’m enamored with Netflix’s A Series of Unfortunate Events. Those books were a staple of my childhood, and while I didn’t dislike the film starring Jim Carrey from 2004, the show does a much better job capturing the feel of the books. And how could it not? When you dedicate two hour-long episodes to each novel, there’s so much more opportunity to include minor details that help bring the quirky characters and bizarre world Daniel Handler created to life. Season two continues the tragic tale of the Baudelaire orphans as they carry on with their quest to uncover the mystery behind V.F.D. Along the way, they befriend new allies, make new enemies, and escape the clutches of Count Olaf on numerous occasions. The costume and set designs are phenomenal, the writing is clever, and the performances are outstanding. Perhaps the most unfortunate event of all is that the series released its final episodes at the beginning of the month.

One of the most intense television series I’ve ever seen. Things heat up in season two as June desperately attempts to escape Gilead and find her daughter. Seeing her repeatedly try and fail to escape does get tired after a while, but the writers do a great job keeping you engaged with other plot points. You learn much more about supporting characters like Emily, Moira, Fred, and Serena. For the first time, you’re shown the horror of The Colonies, what civilization outside of Gilead looks like, and the hypocrisy of the Commanders. Without spoiling anything, I will say that I was pretty furious with the ending. While I do understand the reasoning for this direction, it frustrated the hell out of me. Be that as it may, Handmaid’s Tales season two hits the mark for the most part through its 13 suspenseful and brutal episodes. Praise be!

A refreshing take on the horror genre, The Haunting of Hill House focuses heavily on its characters, their relationships with one another, and their experiences living in a haunted house where the greatest tragedy of their lives took place. While it’s not based off a Steven King creation, it draws a lot of similarities with the author’s works. It doesn’t rely on cheap jump scares or oodles of gore to strike terror in its viewers, but instead leverages psychological and cerebral horror that lingers in your brain long after the credits roll. One of the coolest things about this show is how it creepily hides ghosts in the background during scenes that take place in Hill House. My suggestion would be to watch it, pay close attention, and look up all of these scenes once you’re finished to see how much you missed.

Oh Barry, how I love you so. It’s been a while since I’ve been so captivated by a T.V. show. Tastefully blending suspense, action, humor, and drama, it’ll have you cracking up one moment and leave your heart pounding the next. The jokes land, the action keeps you on the edge of your seat, and the dramatic moments tug at your heartstrings. Bill Hader’s acting is phenomenal, showing a darker side of him that we’ve never seen before. I had no idea this man had so much range. Sure, there are flashes of the goofy Bill Hader we all know and love, but for the majority of the series, he nails the role of a depressed hitman whom wants to give up contract killing for acting. Aside from protagonist Barry Berkman (aka Barry Block), there are a number of memorable characters. My personal favorites are Taylor, the buffoonish meathead whom accompanies Barry on a few hits, and NoHo Hank, the happy-go-lucky Czechian mobster with an affinity for Barry. It’s so good that I’ve already watched it in its entirety twice since its initial run last spring. If you have an HBO subscription, Barry is a must-watch.

Did you like any of these shows? Is there anything from last year that you recommend I should watch? Share your thoughts in the comments!