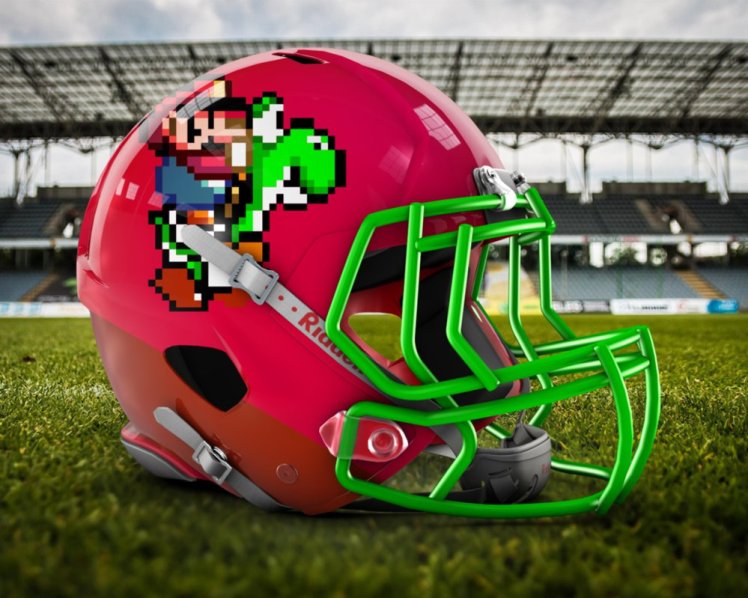 Are you ready for some football? I sure am. As a matter of fact, I’ve been ready since the day after Super Bowl LII. We’ve just entered week 3 of the NFL season, and I couldn’t be happier. Once again, my Sundays are dedicated to eating good food and watching incredible athletes duke it out on the gridiron.

A few months ago, I noticed bloggers were putting together their ideal World Cup squads comprised of video game characters. I loved the idea, but didn’t catch on until a few weeks after the tournament had ended, so I figured I was too late to the party with that one. Once the NFL season started a few weeks back, it occurred to me that I could do the same thing with football, so that’s what I did!

Here is the offense I chose for my Super Bowl-winning squad of video game characters: 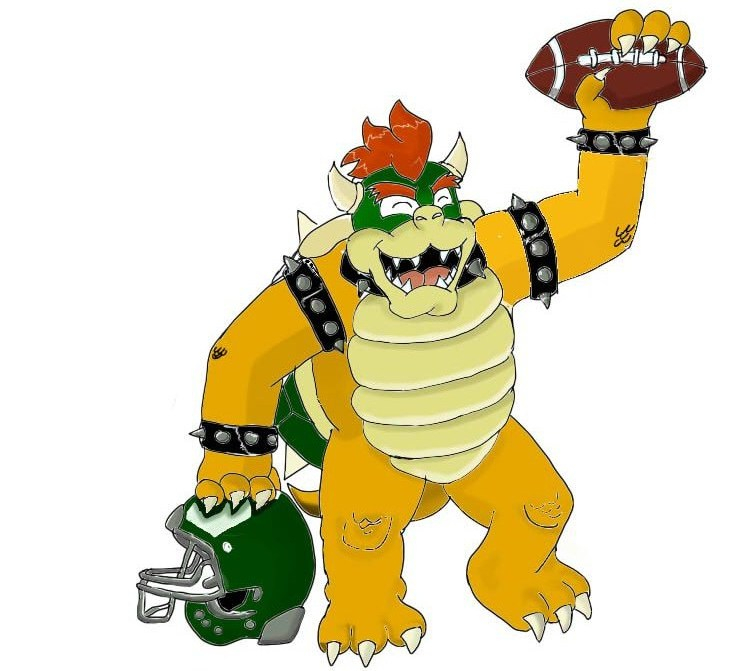 Because of his size and strength, Bowser is my ideal left tackle. This is perhaps the hardest position on the offensive line because the player is responsible for stopping edge rushers without the help of a tight end. All I know is, no defensive end, speed rusher, or blitzing safety stands a chance at getting past this 9’3”, 2,600-pound monster.

Weight: Unknown, but probably a lot

Filling out the left guard position is the giant, penguin-like beast, King Dedede. Leveraging his big body to absorb contact from defensive linemen, he could effectively protect the quarterback on passing plays. When it comes to the run game, his dash attack could be a major asset because it can clear multiple defenders out of the way to create open running lanes.

I can think of no better character to play center than Roadhog. With his size and strength, he can easily neutralize any nose tackle. Also, his precision with his chain hook gives me confidence that he could accurately snap a football in pistol and shotgun formations, as well as long-snapping situations.

Weight: Unkown, but probably a lot

This behemoth caused many Dark Souls players loads of frustration, and he would do the same to opposing defensive tackles as my starting right guard. In addition to using his large body to stop any defender from getting pressure on the quarterback, he could use his charge attack to bull rush defensive linemen and open up huge holes for the run game.

Because he’s a bit smaller than Bowser, but still extremely large and powerful, Donkey Kong is my starting right tackle. Using his extraordinary strength and reach, he could fend off edge rushers with ease. My only concern is his knack for grabbing and throwing opponents. Might cost us a lot of yards in holding penalties…

I initially had Captain Falcon pegged as a wide receiver because of his height and blazing-fast speed, but after taking his weight into consideration, I determined that he’d make the perfect tight end. Not only would he be able to shed defenders with his quickness and dominate jump ball situations with his leaping ability, his size and strength would also make him a great blocker.

With the build and speed of a real NFL wideout, Samus would be my star pass catcher. Her quickness and strength would give her the ability to rack up tons of yards after the catch. Also, her plasma whip could come in handy when catching overthrown and underthrown balls.

He’s undersized for the position, but he is tough and mighty. His teleportation abilities would be a huge asset for shedding cornerback coverage. Also, his elastic limbs make him a big redzone threat. We could just toss the ball up in the air and let him stretch his arms over the defense to reel in the pigskin.

She may be small, but she is damn fast, which is why I would start Tracer as my slot receiver. No defender stands a chance at covering her, especially when she uses Blink. Plus, she’s always tossing her guns to herself and catching them in the middle of heated gun battles, so her hands should be good enough to reliably catch passes in traffic.

While he is way smaller than what I’d ideally like to see in a running back, I can’t pass up on the extraordinary speed of Sonic. Plus, his shortness could actually work to his advantage as a runner. If any defender gets lucky enough to catch him, they’re going to have a tough time getting low enough to tackle him.

How could I pick anyone else to be the leader of my offense? He’s the GOAT! Couldn’t make up a better fictional quarterback if I tried. He may have trouble seeing over offensive lineman that are all over 7’ tall, but I’m sure he’d find a way to be successful because he is a winner. Love you, Tom!

With an offense like this, there’s no doubt in my mind that my team would score touchdown after touchdown on opposing teams. But, you know what they say: Offense wins games, defense wins championships. Be sure to check back in to see the all-pro defense I’d put together to immortalize my team as Super Bowl champions.