Who doesn’t love a great indie? These gems can provide you hours upon hours of enjoyment for about a third of the cost of a brand new AAA game. In addition to being cheaper, they tend to push the envelope on creativity a bit further. Since production budgets are lower, they’re able to take more risks on unique concepts that may not sell well. As a result, you get gorgeous, artistic masterpieces that actually evoke emotion, like Journey, Inside, Brothers: A Tale of Two Sons, and Flower.

Although I post mainly about AAA titles on this blog, I prefer indie games and tend to play much more of them. This is primarily because they’re cheap, short enough to finish in a few hours, and, for the most part, extremely creative and unique. I particularly remember sitting in my bedroom in my college apartment and playing Flower from beginning to end in one sitting. I was completely blown away by the mixture of emotions I felt in a 2-hour timeframe by simply watching flower petals coast across my screen. It was really powerful, and it opened my eyes to the wonders of indie gaming.

So now that I’ve professed my love for indie games, here are a few that I highly recommend you play! 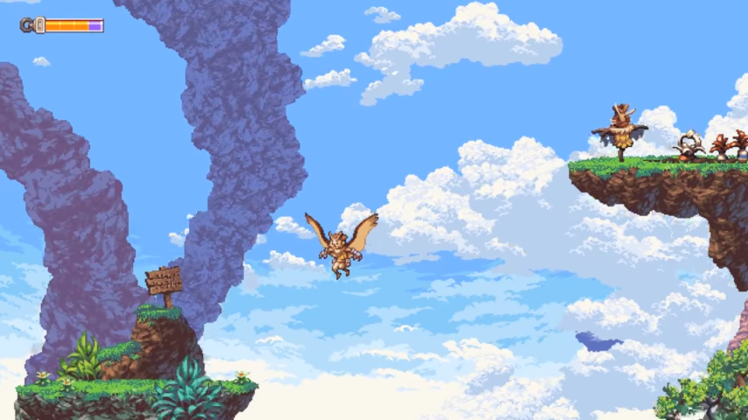 I’ve been waiting to get my hands on Owlboy since the moment it was first shown off at PAX 2013. Intrigued by its Super NES-inspired visuals, hectic aerial-based combat, and open world exploration, I was eager to take control of Otus and soar through the blue hi-bit skies. After a long wait, I’m glad to say that this simple side-scrolling adventure exceeded my expectations and stole my heart. While the unique combat and retro visuals were what initially attracted me to Owlboy, I was most impressed by its story and excellent cast of characters.

On the surface, the narrative is pretty basic. Otus’ village is ransacked by a band of pirates, so he sets out on a quest to destroy them. However, through a bit of exploration, you’ll find that there is much more to the story hidden in lore. I spent chunks of time in between objectives traversing through the towns, ruins, and temples of Owlboy’s world, uncovering its mysteries and collecting treasures. Also, the allies you meet during the journey will charm the hell out of you. Each has a great personality, which is exhibited through the game’s well-written dialogue and detailed character animations.

All in all, Owlboy packs outstanding hi-bit visuals, fun combat, fascinating lore, and endearing characters into one reasonably priced package. I found it to be well worth my time and money, and I think you will to.

I finally got around to playing Cuphead last month, and boy am I glad I did. My adoration for its 30s-styled cartoon artwork and boisterous, jazzy score is beyond words. Running and gunning my way through the Inkwell Isles while pianos chimed and baselines thumped brought me tremendous joy, even when I was getting my ass handed to me by some insanely difficult bosses. Every scene is masterfully drawn with flourishing colors, stunning backdrops, and unabashedly creative enemies. In all honestly, the attention to detail in the artwork alone makes Cuphead worth checking out.

In addition to successfully capturing the spirit of “The Golden Age of American Animation”, Cuphead delivers some exhilarating run-and-gun gameplay that actually challenges you, to say the least. You’ll die a lot, but you’ll rarely get frustrated because you’ll learn with each death. Each enemy, including bosses, attacks in a pattern, so it just takes some trial and error to figure out where you went wrong and stop yourself from making the same fatal mistakes. When you land the finishing strike on the game’s final boss you’ll feel a surge of gratification that will make Cuphead feel like the best $20 you’ve ever spent.

As a huge Hotline Miami fan, I was eager to boot up Enter the Gungeon on my Nintendo Switch. To no surprise, I immediately fell in love with its chaotic shoot-em-up gameplay and slick 2D art style. Armed with a vast array of weapons (over 200) at your disposal – from high-powered rifles to a cactus gun – you’ll have a blast rampaging your way through the game’s several chambers. Also, like Hotline Miami, the combat is simple and refined. Aiming is responsive, strafing to evade bullets is smooth, and a handy dodge roll gets you out of some sticky situations.

Characterized as a “bullet hell roguelike video game”, Enter the Gungeon blends the difficulty and fast-paced, fluid action of the bullet hell genre with roguelike elements, such as random chests placements, shop items, and boss drops. These elements are pulled off extremely well and add a ton of replay value to the game because you’ll never face the same threats or see the same items in the same place. This makes you constantly have to be on your toes and be prepared for anything, keeping the action tense and exciting. At a price tag of $15 and up to over 100 hours of potential gameplay, I highly recommend you consider purchasing Enter the Gungeon. I recently picked Rime up for my PS4, and it quickly became one of my favorite indie games in my collection. With its brilliant world, stunning orchestral score, compelling storytelling, and simple, yet effective puzzle-platforming gameplay, it keeps you eager to explore every nook and cranny of its five intricately designed levels. The environment is colorful and full of life, with lush forests, sparkling blue seas, and massive stone structures. Whether you’re sticking to the critical path to reach the next objective or aimlessly wandering in search of collectables, you’ll be awestruck by the sheer artistic magnificence of Rime,

While it is aesthetically gorgeous, Rime’s true beauty lies in its story. Even with minimal dialogue, it made me feel more in seven hours than most games do in double that time. It effectively covers themes such as the loss of loved ones, the acceptance of loss, and spiritual ascension, taking you on a roller coaster of feels along the way. Without spoiling too much, I will tell you that the last few moments of Rime’s story are some of the most powerful and emotional that I’ve ever experienced in gaming. If you’re a sucker for that kind of stuff like I am, the $20 you’ll spend on Rime is worth it. 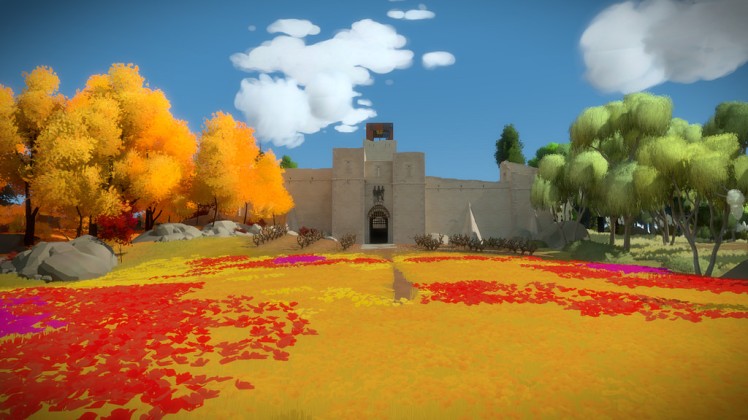 Much larger than your typical puzzle game, The Witness places you in a beautiful open world that you explore and solve many challenging puzzles within. Its non-linearity sets it apart from other games of its kind, giving you the option to freely wander its island setting in search of uncovering its many mysteries. And yes, there are many, many mysteries to uncover.  Audio logs containing quotes from famous philosophers and scientists can be found throughout the environment, along with statues of people from various eras and vacant buildings. The more time you spend in The Witness, the more you’ll want to learn about the abandoned island and the people whom once inhabited it.

The real star of the show in The Witness is its several hundred puzzles. I’d be hard pressed to say that I’ve ever faced more creative, intricate, and difficult brain busters in my 20+ years of being a gamer. You will walk away from many puzzles completely stumped, but then you may find the key solution you were looking for on an entirely different part of the island. This forces you to stay on your toes and look at even the most obvious items as potential keys. At times, you’ll have more fun searching high and low for the solution to a puzzle than actually applying it and reaping the rewards, which is more than I can say about any puzzle game I’ve ever played. Do yourself a favor and pay $30 to play this masterpiece.

Have you already played any of these games I recommended? If so, what did you think of them? Did you love them as much as I did, or did you not find them as enthralling? Are there any indie games you recommend I play based off my love for the aforementioned titles? Share your thoughts in the comments below!