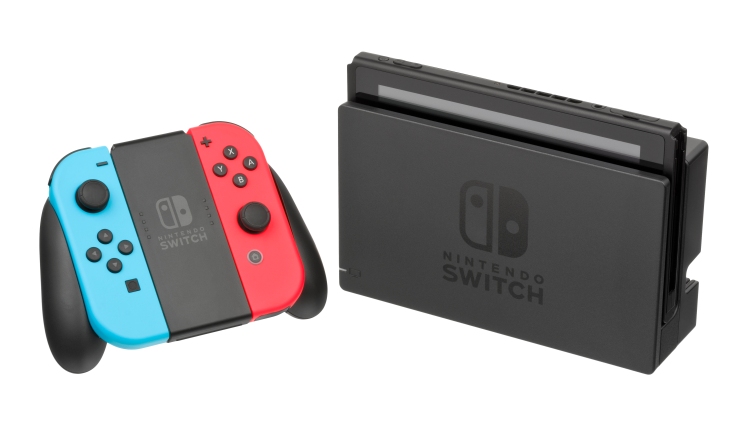 It’s been just over eight months since Nintendo released the Switch, and I still find myself asking the same question I did then: Is this thing really worth my money? It’s a predicament I face every time Nintendo releases a new console. On one hand, I absolutely adore nearly all of the company’s first-party titles – from historic franchises like Mario and Legend of Zelda to newer series like Animal Crossing and Pikmin. On the other hand, its hardware generally lacks in power in comparison to the competition, and it can never seem to reel in a good lineup of third-party games.

Once again, it seems like Nintendo’s newest console is trending in the same direction as its predecessors. Despite being more powerful than the Wii U, even when undocked, many third-party developers are uninterested in developing games for the Switch. Sound familiar?

Regardless, as a Nintendo fanatic, I’ve been tempted to purchase one for a while. To Switch, or not to Switch, that is the question. I’ve had to take the following into consideration in order to come to a decision.

I made the mistake of playing Super Mario Odyssey at a friend’s house a few weeks ago. I say mistake because I knew once I played it I would want to buy it. I was right, and I have since started replaying both Mario Galaxy games and Super Mario 3D World to curb my craving for the adventures of everyone’s favorite Italian plumber. So far, it’s working, but once I 100% complete each game, I fear I’ll make a rash decision. Hopefully there will be a price drop by then…

As of now, there is no Switch game other than Odyssey that I want to play. I have already played Breath of the Wild on my Wii U, and I have no desire to play Splatoon 2. Additionally, I can’t bring myself to buy Skyrim again, and one time playing the DOOM reboot was enough for me. However, Nintendo has promised a slew of intriguing games that I know I’m going to want to play, including a Pokemon RPG, a new Metroid installment, and another Kirby game. Unfortunately, none have a set-in-stone release date.

At first, I didn’t care much about the mobility of the Switch. All of my commuting is done by car, so I would never play while traveling, and I’m generally socializing with friends or family when out of the house. However, there are other scenarios where the Switch’s mobility could come in handy. Waiting to meet a friend somewhere, traveling for work, and gaming outdoors on a warm, sunny day are a few that come to mind, and I’m sure there are many others. It’s not a selling point, but it’s definitely a nice perk.

This is completely subjective, so please don’t chew my head off for it. I’ve spoken with many people whom are satisfied with the lineup of content for the Switch. I’m not. As I stated earlier, there is nothing out right now that I want to play aside from Super Mario Odyssey. Any indies that I want to play I can buy on my PC, probably at a cheaper price during a Steam sale. So, basically, after I finish Odyssey in a week or two, my Switch would probably collect dust until the new Yoshi or Kirby games are released next year.

I hate to complain about a $300 price tag because it’s pretty reasonable in comparison to other consoles. However, when I factor in tax and Super Mario Odyssey, it ends up being closer to $400. Being a grown-ass adult with bills to pay, I can’t justify dropping that kind of cash to play one game.

Sure, you can download old Nintendo games on the Switch, but it still bugs me that I can’t play my physical copies of Wii U games on it. I understand that the handheld format of the Switch makes it difficult to support anything other than cartridges, but it’s still a bummer. If I could play my copies of Super Smash Bros Wii U, Mario Kart 8, and Breath of the Wild on the Switch, I would be more inclined to purchase it. Since that’s not a possibility, I’m content holding onto my Wii U and playing old games.

As you can probably tell, I’m leaning much further towards the decision not to Switch, at least until there is a price drop or more games I want to play. I don’t think it’s a bad console at all; it just doesn’t have much to offer me at the moment.

Be that as it may, it has a lot of potential. Some people may knock it for being underpowered in comparison to other options on the market, but there are two ways to look at it. You can either see it as a weak home console, or a super powerful handheld. I choose the latter, and I’m excited to eventually own one when it has a lineup of games that will make it worth buying.

What do you think of the Switch? Do you own one? Want one? Are you holding out for a price drop like me? Share your thoughts in the comments below!

13 thoughts on “To Switch or Not to Switch”